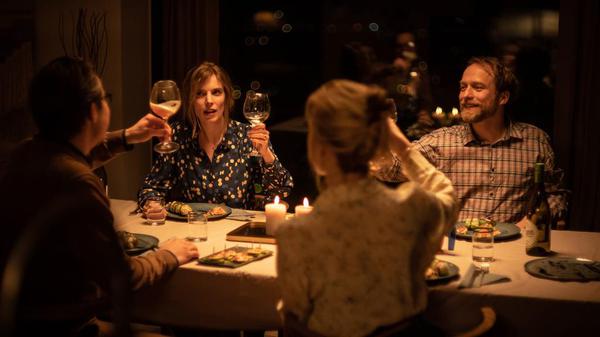 'Speak No Evil' Review: A Little Bit of Kindness Might Lead You To Your Doom

When do you exactly draw the line regarding how much you allow another person to irritate you? Some of us do this at the start of the relationship. Your significant other might cook things with a little too much salt, or they have a different way of folding the laundry than you’re accustomed to. In other ways, we might be so starved for friendship that we will overlook obvious dealbreakers for companionship. Speak No Evil, a psychological horror film by director Christian Tafdrup takes this conc 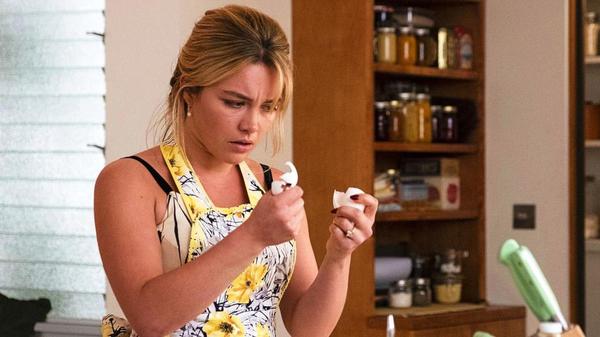 'Don't Worry Darling' Review: Oh, What A Riveting Tale This Could Have Been

Everything that contributes to the neighborhood of Victory’s 1950s esthetic is straight from a home economics book. Nothing is out of place in this utopic-looking suburbia basking in the South California sun. The cul-de-sacs and bright-colored architecture are what some people may think to equate to the symbolic vision of the American dream. Director Olivia Wilde’s Don’t Worry Darling doesn’t use the beginning as an entry point to how we got here — instead, it elects to place the audience at a t 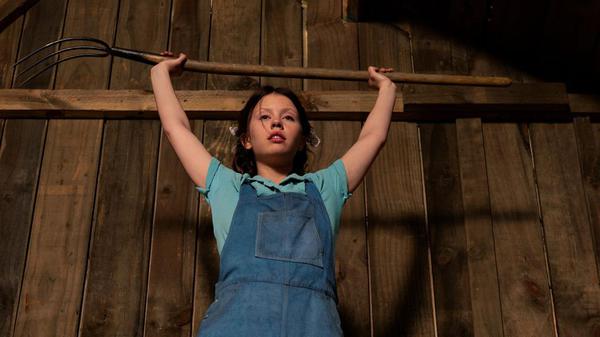 'Pearl' Review: A Technicolor Throwback That Serves as an 'X' Character Study Companion

When it comes down to it, everybody wants to be loved and wanted. The opening of Pearl, writer/director Ti West’s prequel to X, reveals itself with big, bold font and a slow shot exiting the doors of a sunny Texas farm. Tyler Bates and Chelsea Wolfe’s score lulls you in with its triumphant, 1920s-style flair of instrumentation. We see Pearl (Mia Goth) admiring herself in the mirror, draped in old clothes from her mother, Ruth (Tandi Wright). Pearl has big dreams of being and leaving the small-to 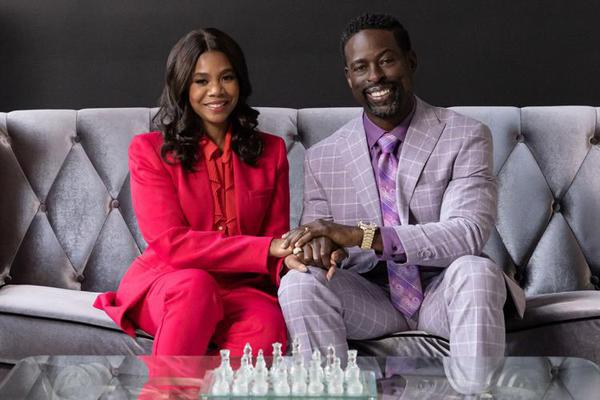 'Honk For Jesus, Save Your Soul' Review: Salvation and Sanctuary Has A Price

The Wander to Greater Paths Southern Baptist mega-church is having a grand re-opening in Atlanta and wants to ensure the world knows. So, for the impending “revival,” pastor Lee-Curtis Childs (Sterling K. Brown) and his wife, Trinitie Childs (Regina Hall), have hired a film crew to chronicle their way back into Sunday prominence. In the first few scenes of Honk for Jesus. Save Your Soul shows Greater Paths at the height of its popularity — 25,000 people strong in the congregation and the pastor 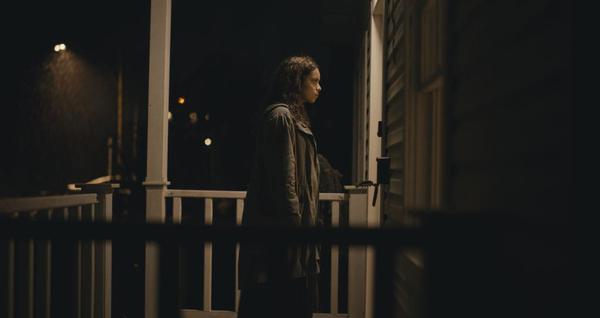 'Barbarian' Review: Maybe It's Best To Run A Background Check On Your Airbnb

How comfortable do you feel heading to that Airbnb reservation? Did that question prompt you to panic and double down to read through your upcoming host’s reviews? Well, Barbarian might inject a bit of anxiety the next time you do so. Tess Marshall (Georgina Campbell) heads to a cozy Airbnb in a severe thunderstorm before her upcoming job interview. When she goes for the key, it is not in the lockbox. While Tess calls the host, a light goes on in the house. This is where she meets Keith (Bill Sk 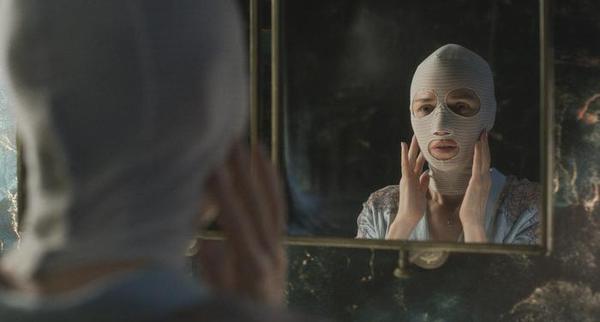 Remakes, reboots, and continuations are a commonality within the horror genre. Just this year, a Texas Chainsaw Massacre film was released, which follows the first two films canonically, and the Laurie Stroud/Michael Myers saga is set to wrap up with Halloween Ends. Franchises such as Nightmare On Elm Street, The Exorcist, and Hellraiser have either received or are about to be touched by the refresh treatment. One sub-genre of this is that of foreign films being transposed for an American audien 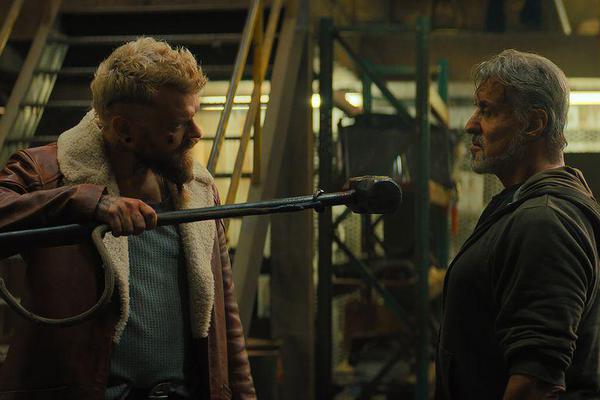 There are enough variations of media out there to satisfy the appetites of people who crave seeing groups of super-powered beings overcome forces of evil. However, there’s no denying the appeal of the fallen hero’s story. 2008’s Hancock is a prime example of how a foul-mouthed, alcoholic immortal can turn public perception in his favor with a few good deeds (and a good publicist). In Samaritan, Granite City is in complete financial downfall. Newscasts speak about massive unemployment, hunger, an 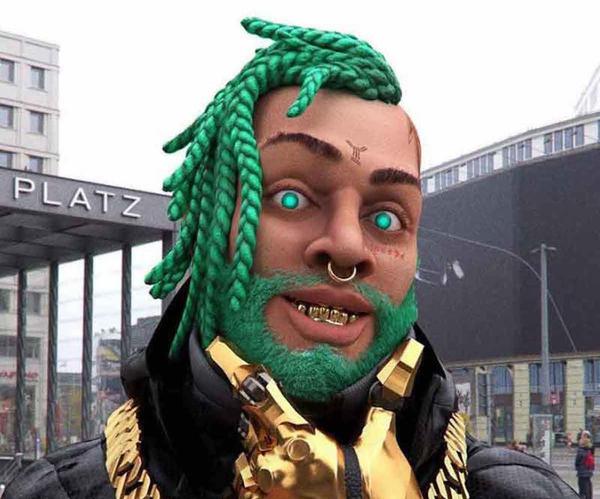 When You Take the Soul Out of Hip-Hop, You Get FN Meka

When I went to Coachella in 2012, I saw Dr. Dre and Snoop Dogg’s set, where the hologram of long-deceased legendary rapper Tupac performed “Hail Mary.” I thought little of it at the time — other than the apparent surreal feeling of the voice of a long-dead man screaming “what the fu*k is up, Coachella?!” to the crowd. This has grown into a touring business with catalogs of Roy Orbison, Whitney Houston, and Frank Zappa playing to packed crowds as if they never left. Charlie Brooker couldn’t have 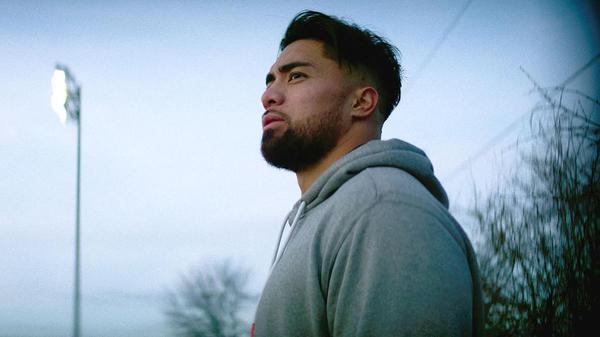 Going into his senior year at Notre Dame, Manti Te’o was a surefire first-round draft pick with a presumably long NFL career ahead of him. In sports, we all love our stories of tired, but determined warriors pulling themselves up from the pits of grief. Every feel-good Cinderella story shows us it’s possible for us. But how does a runner-up for the Heisman Trophy and an engine for his team’s national championship run become one of the most hated athletes, with the likes of Tiger Woods (and his c 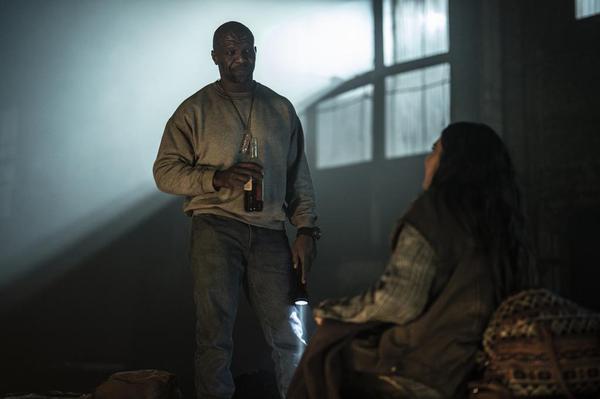 'Tales of the Walking Dead' Episode One Review: 'Evie / Joe'

The Walking Dead series feels like it’s gone through every iteration it can find. The main show is slated to wrap up soon, Fear the Walking Dead is still chugging along, a brief series set around teenagers occurred, and a future limited series with popular characters, Rick and Michonne. It feels like we’ve covered every morsel of team-ups, betrayals, and alliances you can do while trying not to get eaten by zombies. What stone is left to be unturned? Well, there’s more — Tales of the Walking Dea 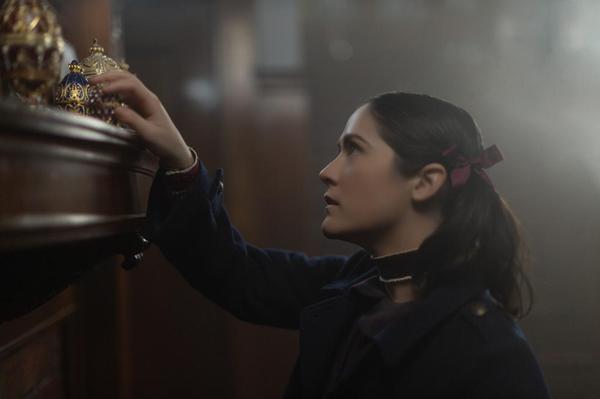 'Orphan: First Kill' Review: Looks Can Be Deceiving Even the Second Time Around

It was 13 years ago when a loving, unsuspecting family adopted a nine-year-old girl named Ester in 2009’s Orphan. At first, we thought we were witnessing all the fixings of a mischievous, evil child looking to tear her new family apart to varying degrees. With Ester, however, there was more than meets the eye — a hormonal disorder has a 33-year-old Estonian woman named Leena Klammer encased in a child’s body. As horrifying a prospect, it’s a twist on the “bad kid” motifs shown in 1993’s The Good 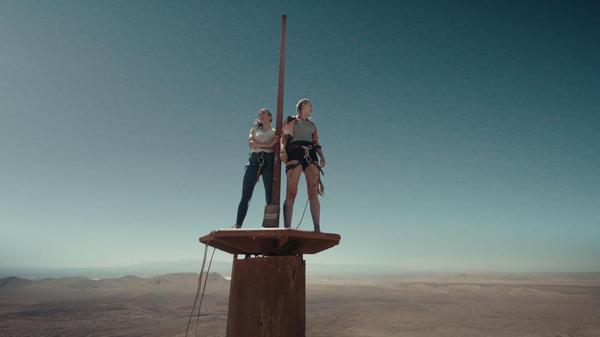 Acrophobia, or an intense fear of heights, is a phobia that seems like a match made in heaven with cinema’s horror/thriller genres. In director Scott Mann’s Fall, two female thrill seekers, Becky (Grace Caroline Currey) and Hunter (Virginia Gardner) are looking to climb an abandoned TV tower (which we are told is the fourth-highest structure in the U.S.) Before this climb, there were some obligatory bad omens. Vultures are seen eating at a fox while menacing music plays in the background. The ru 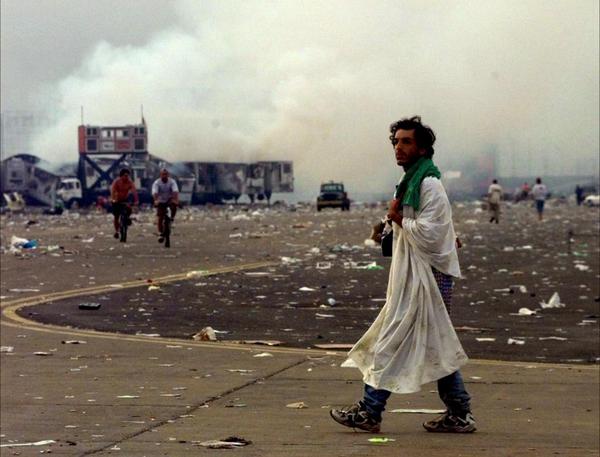 At the end of the last episode of Netflix’s three-part documentary, Trainwreck: Woodstock 99, the question of why things went so wrong is raised to various people. Promoter John Scher put the blame squarely on the shoulders of the “lunatic fringe” of kids who he labeled entitled and had a fear of growing up. It’s in complete contrast to what people that attended the festival described what Limp Bizkit embodied to them — champions of the underdog who wore clothes just like they did. Many look bac 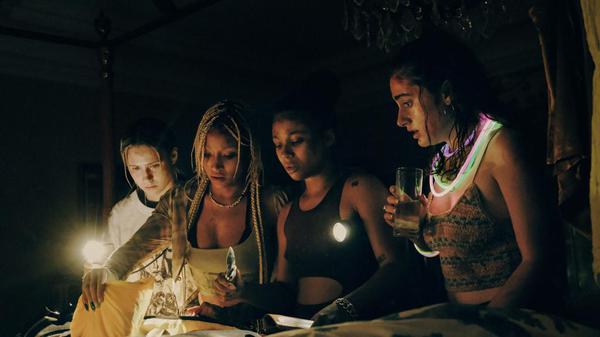 Friends come together at a mansion before an approaching storm to get down to some debaucherous fun. What could go wrong? Well, by the standards Bodies Bodies Bodies lays out, a lot can. At first, everything is light and playful. Then, an innocent game gets played that may show the cracks within the long-fostered kinships, and somebody might end up dead. It’s a cosmopolitan twist of slasher horror, a whodunit mystery, and a Gen-Z comedy spliced by director Halina Reijn. It might not be as fright 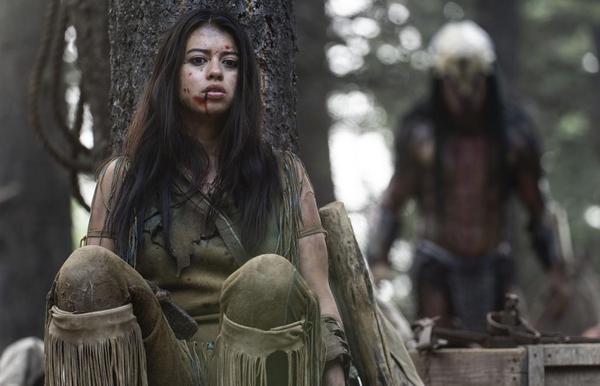 1987’s Predator brought together a gang of one-line dropping mercenaries sent on a quick rescue mission in a rainforest in Central America. However, the numbers game and sheer amount of artillery were no match for an invisibility-cloaked, high-tech alien. The film stretched our imaginations on what we considered hunters and prey wrapped up in a sci-fi/horror package. The Predator franchise has taken various turns, peaks, and valleys, to say the least. There was a stop in Los Angeles with 1990’s

Jupiter's Claim and 'Nope's Commentary On the Paralyzing Enamor of "Spotlight"

Jordan Peele’s Nope is every bit of a story that pays homage to larger-than-life tales fantasizing about how otherworldly entities would interact with our own. On the one hand, you could have keyboard synchronicity of Close Encounters and bicycle rides alongside the moon in E.T. In more extreme cases, War of the Worlds showed us how insignificant we would be in the grand scheme of things. While Nope mostly captures a story of a brother-sister duo striving for their big break, the film begins on 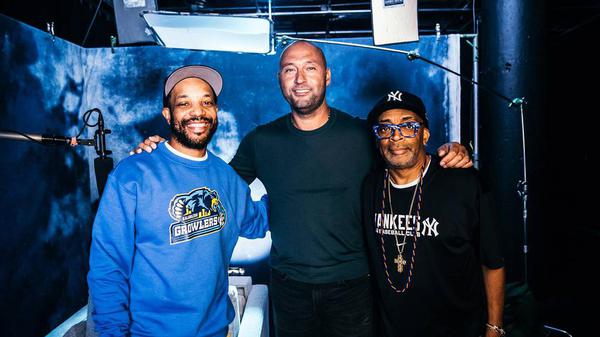 Director Randy Wilkins On ESPN's 'The Captain,' and Chronicling the Mystique of Derek Jeter

You can’t mention Yankee greats like Babe Ruth, Joe DiMaggio, Mickey Mantle, and Reggie Jackson without saying the name of Derek Jeter. The kid from Pequannock Township, New Jersey, would later fulfill his lifelong dream, anchoring multiple championship teams in the late 1990s-early 2000s dynasty years. Jeter had an undying tenacity to win — instilled in him at an early age by his mother, Dorothy, and father, Sanderson Charles Jeter. It takes someone of astute and unfazed demeanor to play in a c 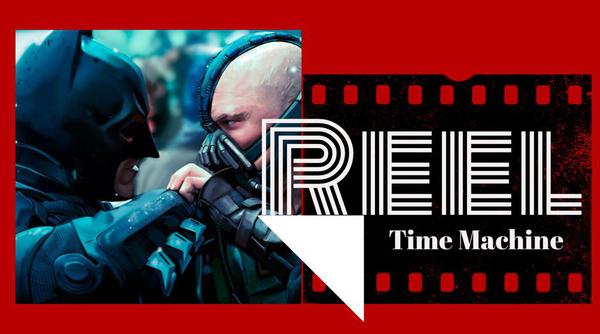 Reel Time Machine is a new Substream column in which we will reflect on films during their anniversaries. Do they still hold up the test of time? Are they better than we remember? Sit back and take a journey with us as we figure it out. When we reach the end of The Dark Knight, Gotham is on the precipice of a peaceful period. Only the audience sees Harvey Dent’s evil deeds, which have to be covered up by Commissioner Gordon (Gary Oldman) and Batman/ Bruce Wayne (Christian Bale). The final frame 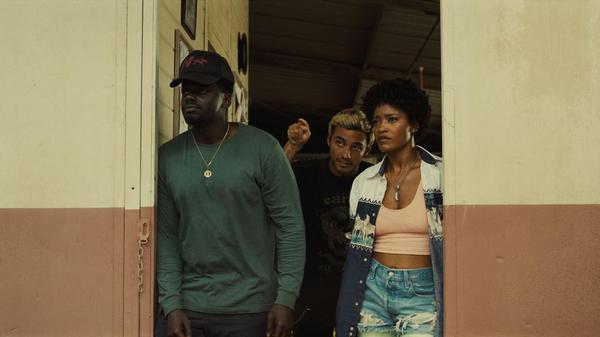 Humans are on top of the food chain, but we have a fascination with situations dwarfing that notion. It may be a great white shark terrorizing a New England beach town or indulging in the possibility of extraterrestrial life on other planets. The sea and air are examples of terrain where the playing field becomes even. In terms of cinema, it’s fertile ground for narratives that both terrify and excite us. Nope, director Jordan Peele’s third feature strives to check all the boxes films like 1975’

The visual atmosphere in the first few minutes of director/co-writer Charlotte Colbert’s She Will is delightfully arresting and heartbreaking. Conjoined with aerial camera shots of forestry landscapes of trees and grass, one woman in a spacious bedroom is staring in a mirror. Veronica Ghent (Alice Krige) is a former film star who just underwent a double mastectomy. As she stars are her frail reflection, the press acts as a blunt-force object, reminding Veronica of her youthful days. She prepares
Load More Articles
Close ✕