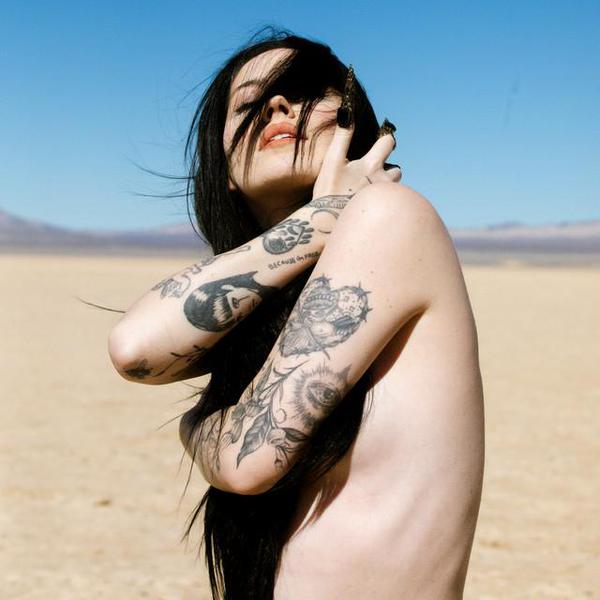 If you get to live long enough, you’ll find that one of the few certainties is that we all have an expiration date. The randomness of it feels like a double-edged sword — on the one hand, life’s volatile nature drives you to experience all its spoils to the fullest. At the same time, the sudden blow of loss can suspend you in time — either impeding your ability to move forward or causing you to look into the past, ruminating about all the time you missed with that person. The video for Bishop Br 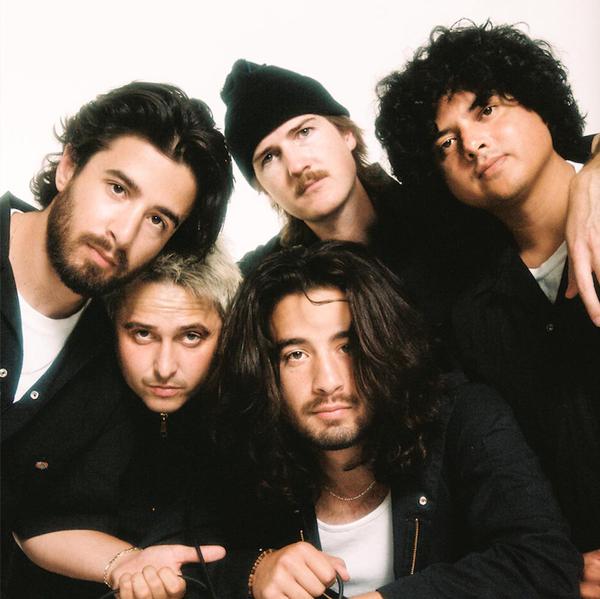 Urgency is defined as a force or impulse that impels or constrains. We’ve all felt the push and pull of urgency at many stages of our lives, and they only grow more intense as each birthday passes. Indie-pop band Clubhouse felt different urgency during the formulation of their new EP, Are We Going Too Slow. Frontman Max Reichert was diagnosed with osteosarcoma, a rare type of bone cancer. While he was cancer-free for a while, it returned in 2020. On top of dealing with the ongoing fallout of the 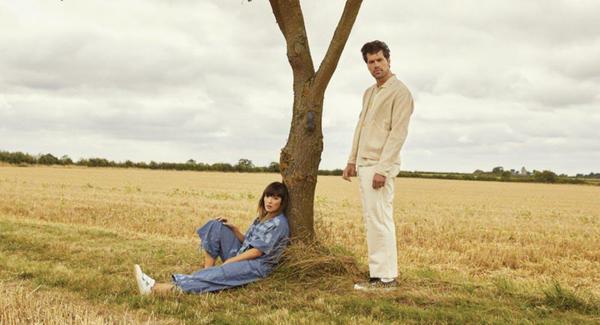 ’22 Break,’ the fourth album from London-based alt-pop duo, Oh Wonder, is an honest depiction of the struggles that they experienced during that period. Through the pandemic, many people underwent an inner metamorphosis. Things that they deemed essential experienced a reshuffling. In some cases, the partners and relationships received a massive shock because there was nowhere to run from the truths tucked away through various modes of escape. The music industry was at a standstill – the halls an 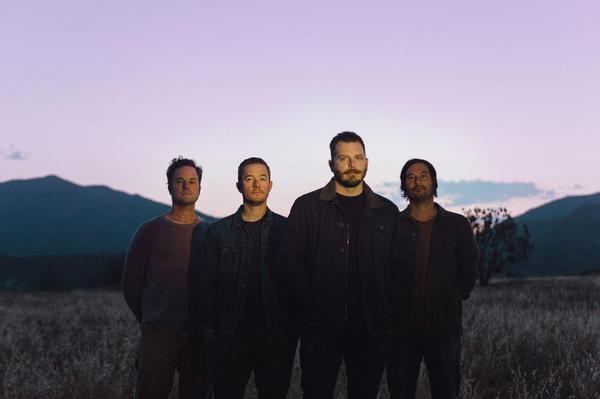 Horizons/East, the 11th album from California-grown rock back Thrice, is a through-line of musical exploration and finding where ideas can lead. Change has always been the constant symbolic pillar of the band — from the electronics of 2005’s Vheissu to the four parts of The Alchemy Index, where the band made groups of songs to mimic the behaviors of the four elements. This album is a buffet of influences and musical curiosities. From the jazz club, piano feel of ‘Northern Lights’ to the aggressi 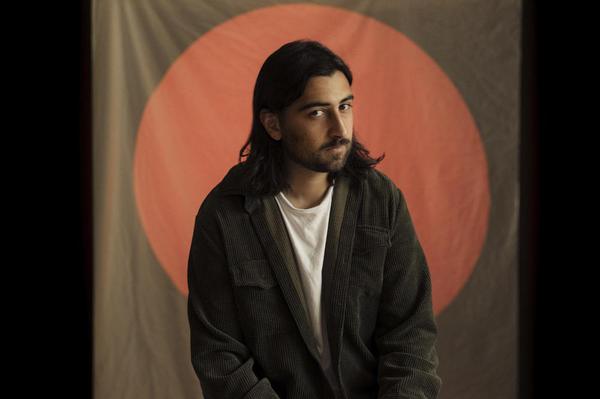 Around June 2019, I spoke to singer/songwriter Noah Kahan about his debut album, Busyhead. It was a particular time in his life where he was on the precipice of the stardom that he always wanted. Kahan’s brand of folk-pop spoke candidly about the excitement and the apprehension of leaving the comfort of everything you once knew behind. Like the past year and a half, many of us had some time to do a bit of self-reflection. There were few places to go where we could run to. Perhaps it was back to 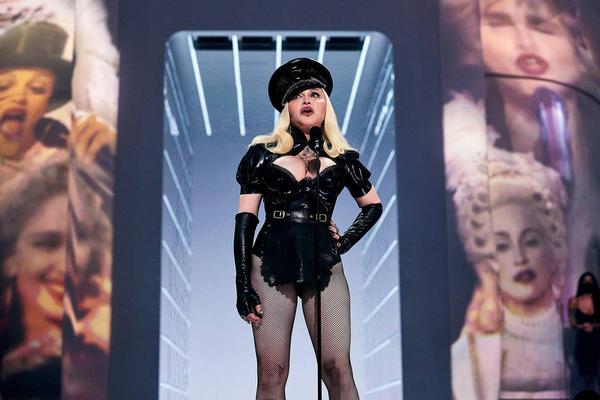 For many young music lovers, an after-school wind down meant TRL. A place where Carson Daly would preside over a studio audience to count down the top ten songs of that day. It was a mishmash of genres, ranging from the pop stylings of Britney Spears and NSYNC to the nu-metal of Korn and Limp Bizkit, and hip-hop anthems from the likes of Diddy, 50 Cent, and Eminem. (Oh, who can forget Tom Green’s ‘The Bum Bum Song?) Young millennials would clash and vote each day to get their videos in the numbe 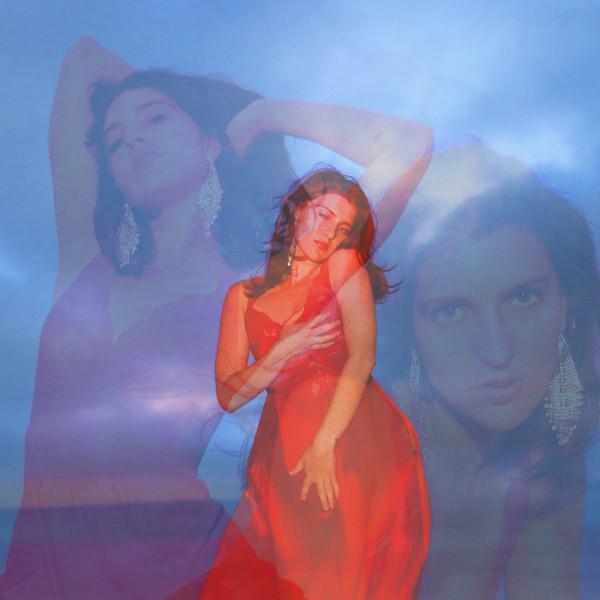 Revenge Wife Proves That There's Power In A Name

There’s a saying that in order for new things to arrive, let things go. That adage rang true for Elizabeth Nistico. Formerly known as lead singer and co-founder of the duo HOLYCHILD, the project would soon meet its ending point in December 2019. Even as HOLYCHILD was slowing down, Nistico began the DNA of Revenge Wife, her solo project in 2017. It’s not just music, but houses all her artistic endeavors. Nistico is an art director and director of all her videos, along with creating the treatments 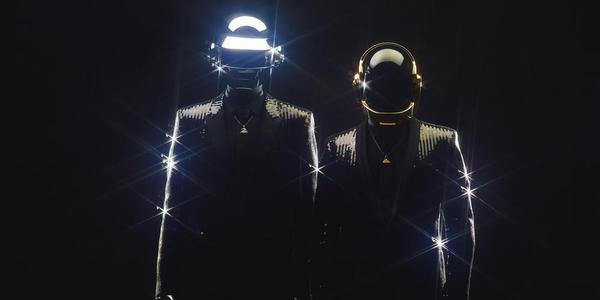 When I was younger, I was sitting in my grandmother’s living room watching middle-of-the-day MTV on a weekend. It was then when I first saw Daft Punk‘s video for ‘Around the World’ directed by Michel Gondry. The video has mummies, synchronized swimmers, people in skeleton outfits, and tall gray men all-dancing as different instrumentation to parts of the song. I will never forget the first time I heard that infectious baseline and those three words. I was hooked! In trying to find that song, may
Substream Magazine • 11th February 2021

FEATURE: Pale Waves Is Ready To Show You More of Who They Are

Avril Lavigne‘s 2002’s debut album, Let Go featured the singer/songwriter standing in front of the world blurred out behind her. On that album, we went against the glossy, sexualized esthetic that pop music provided with a tie and a punk rock feel. Gave us songs such as ‘Complicated,’ ‘Losing Grip,’ and ‘Sk8er Boi.’ Lead singer/songwriter/guitarist Heather Baron-Gracie of Pale Waves has noted Lavigne as one of her personal heroes. It’s funny how life comes back around, and as we get old, we embo 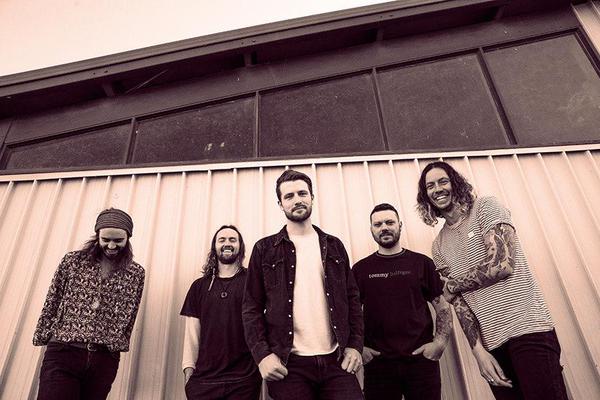 When you do anything for a long time, sometimes you need to shake the bee’s nest. Find new scenery, buy a new chair or a desk, learn something different. You find fresh ways to thrive on the other side of comfort. Hands Like Houses have been a unit for over 11 years with four albums and now, three EPs under their belt. Their latest offering, a self-titled EP, was recorded in ten days – placing creative restraints on the band, but also pushing them to make some of their most honest work yet. For 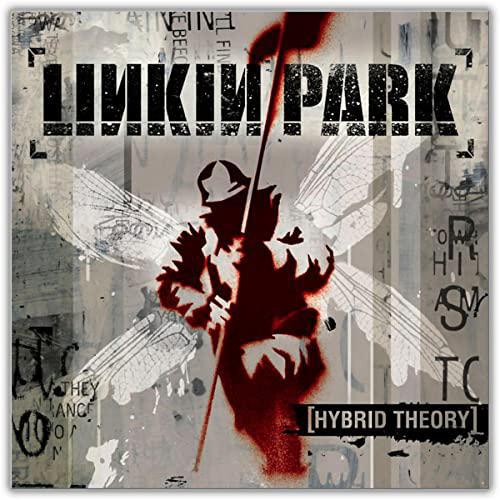 Ahh, yes, the year 2000 (not to be confused with the old Conan O’ Brien sketch) Back in the days when Carlos Santana and Rob Thomas won the best Grammy for ‘Smooth,’ when Napster forever changed the way we consumed music, and N Sync and Britney Spears took turns battling for the top spot on MTV’s Total Request Live (pop prowess to which Eminem would later set his sights taking down partly with The Marshall Mathers LP). Rock music had a plethora of successful albums; Deftones‘ much-acclaimed Whit
Substream Magazine • 16th October 2020

When It Comes Down To It, Ruby Waters Is Here To Stay

When I spoke to Canadian singer/songwriter Ruby Waters last year about her EP, Almost Naked, she exuded the confidence of a creative that knew exactly what she wanted to be. Now, a year later, Waters is back with her newest album, If It Comes Down To It. This seven-song journey is just as natural and forthcoming as the word that preceded it. Waters touches on subjects such as love in limbo and the uneasy feelings they cause, emerging as an adult and trying to break out of societal muck, and the 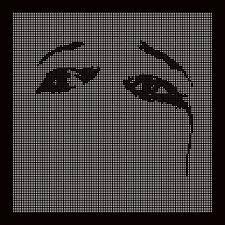 Deftones' 'Ohms' Is the Perfect Marriage Between Sublime Beauty and Aggressiveness

This year has found Deftones between two landmarks; a tenth anniversary of the much-acclaimed Diamond Eyes, and the 20th anniversary of one of their defining albums, White Pony. Change has been a constant force of this band’s career – whether it be the loss of bassist Chi Cheng before the recording of Diamond Eyes or the urge to move past the nu-metal moniker in White Pony. Deftones have always found a way to either push internal strife or tragedy into artistic expression. 2016’s Gore was anothe 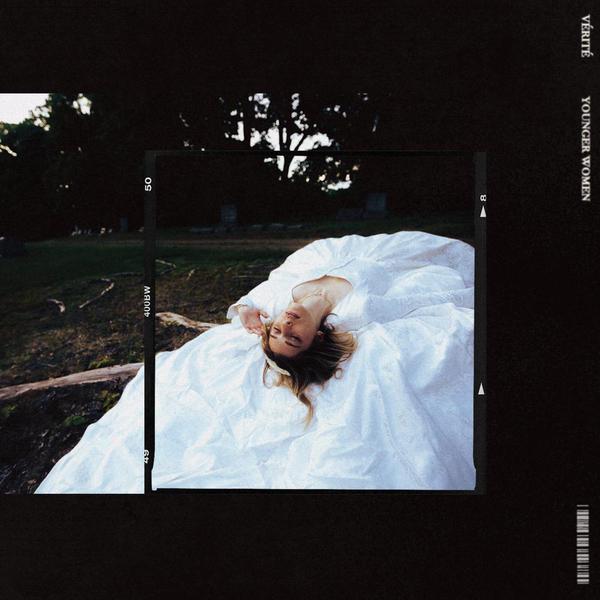 Vérité Speaks On 'Younger Women, Closure, and the Motivation Behind New Limbs: Volume 1

‘Younger Women,’ the newest single from singer/songwriter Vérité, named Kelsey Byrne, is an exercise in confronting the end of a union and having the courage to call it out. A verbal funeral and musical cleansing at the same time. The beginning of the song finds Byrne’s voice meeting the threads of synths as she speaks to the unsure feeling in the air of love leaving the room. It feels as though you are inside the emotions she is poetically conveying as only she can: “I held my breath for as lo 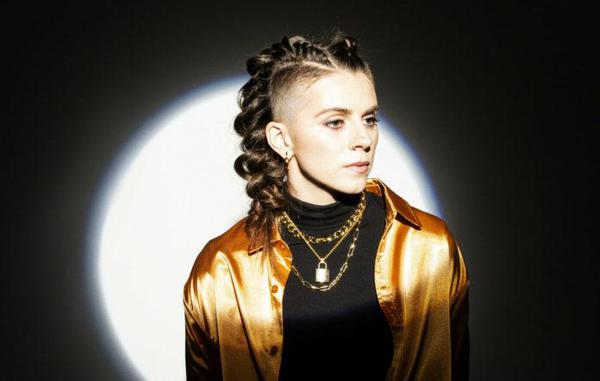 Something happened on the way to PVRIS‘s third album, Use Me. First, they released an EP called Hallucinations in 2019. Songs like ‘Death of Me,’ ‘Nightmare,’ and the title track marked a new direction as these songs infused a danceable, upbeat tempo to their already storied esthetic. Then, in an interview with Rocksound, singer/multi-instrumentalist, and producer extraordinaire Lynn Gunn spoke candidly about being the band’s creative architect. In a career that was already uplifting and meanin 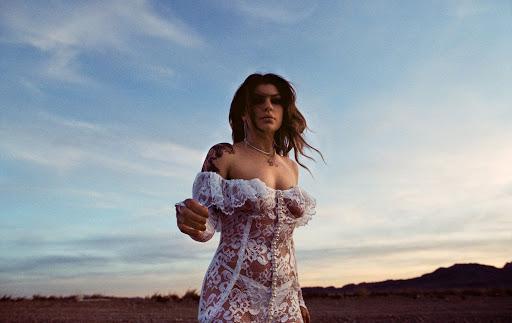 Donna Missal On Lighter, Catharsis, and How Her Creative Processes Has Grown

When I was speaking to New Jersey born singer-songwriter Donna Missal about her newest album Lighter, I mentioned that it felt like a story. Not just of heartbreak, but all the in-between. The feelings of regret, contemplation of going back, and ultimately choosing to be alone to heal. From ‘How Does It Feel’ to ‘I’m Not Ready,’ you’re taken along a journey of someone who fighting and surrendering to a maelstrom of emotions. (Both songs even reference each other.) “Maybe I should listen to it a 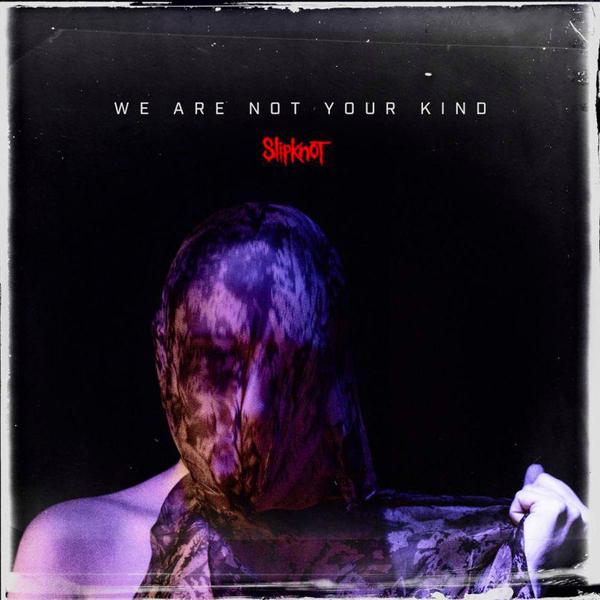 Slipknot's 'We Are Not Your Kind': One Year Later

2014’s .5: The Gray Chapter found Slipknot at a crossroads. The album itself served as a monument for late bassist/friend Paul Grey and a testing ground to see if the band could continue forward. With losing Gray, the departure of drummer/founding member Joey Jordison, and the inclusion of two new members, (drummer Jay Weinberg and bassist Alessandro Venturella) you would think that the band would lose the rebellious spark it once had. Songs such as ‘Goodbye’ and the funeral pyre-like opener, ‘X 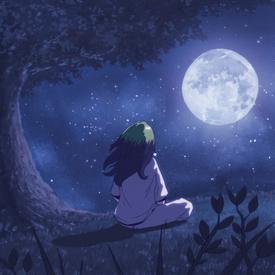 Billie Eilish's 'My Future' and the Comfort of Growing Alone

Humans are intrinsically creatures of habit. We continue to use our favorite mugs that have the ever-growing crack in it for morning coffee. We take the same routes to work, our taco dinner nights, and weekend meet-ups with friends after a seemingly long week. Habit is our safety net. It’s our way of saying to life that we are in control. If there is anything recent times have shown us, it’s that life will laugh at us when present our plans. Our patterns have been disrupted in recent months. Th 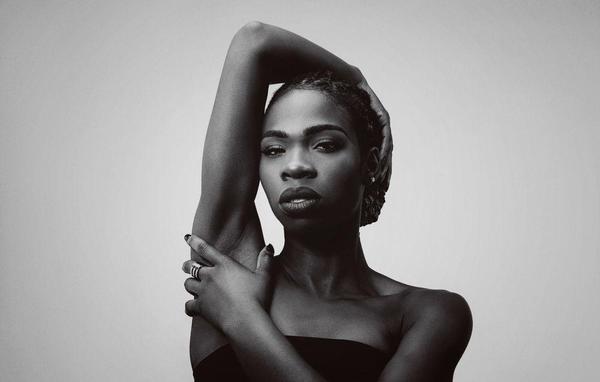 In a time where the winds of major social change are shifting foundations across the world, strong voices are as needed as they have ever been. Toronto born rapper and 2019 Polaris Prize-winning Haviah Mighty is just one of the few who are using theirs to elevate those who don’t feel heard. Her first album, 13th Floor is ladened with both unbridled intelligence and confidence. Mighty’s lyrical prowess weaves in and out of topics such as racism, navigating self-esteem, and finding her strength as 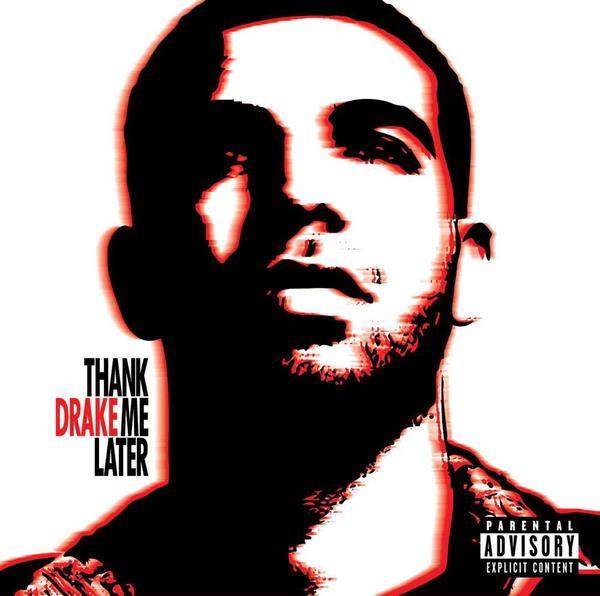 “Here’s the thing with Drake. The verdict is really still out. They’re sharing the torch with your now. They’re not passing it. Kanye [West], Jay [Z], and [Lil] Wayne are by no means passing it. What are you going to do with it?” – Sway – ‘Better Than Good Enough (2010) 170 million records sold. Four Grammy awards. Tied with Madonna for the most top ten hits on the Billboard 100. Since the 2010 release of his debut album, Thank Me Later, Drake has become one of the biggest artists of all time.
Load More Articles
Close ✕